As life expectancies continue to increase, it becomes much more likely that you will need to financially help an aging parent. If you find yourself in that situation, review the tax laws to determine whether you can obtain some tax relief. The key is to determine whether you can deduct your parent as a dependent, which entitles you to an additional personal exemption on your tax return, reducing… Continue Reading

The fear of many elderly individuals — perhaps even yourself or someone in your family — is that nursing home costs will consume their life savings before they can be passed to their heirs. This concern is real and has spawned elder care planning strategies designed to minimize the damage… Continue Reading

Capital Gains: To Gift or Not to Gift?

A Measured Approach to Selecting the Right Trustee

A trust is often only as good as the person selected to manage it. It may a daunting process, but selecting the right trustee and having fail-safes in place are crucial to ensuring the complexities of a trust are handled appropriately. Here are some of the pros and cons of choosing different trustees. Many experts agree that a relative is a logical trustee choice for trusts designed to transfer wealth within the… Continue Reading 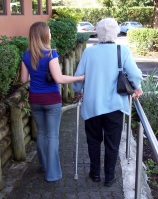 Respite care: Short-term services for elderly and disabled people so their primary caregivers get a break. Providing care for an aging parent or relative can be an all-consuming task, especially if it involves dealing with serious illnesses. Even patient and loving caregivers need to rest and rejuvenate on occasion. In fact, studies have shown that taking regular breaks is important for the health of caregivers. The U.S. Department of Health and Human Services (HHS) notes that the demands involved hurt “the health of caregivers, resulting in more vulnerability to infectious diseases… Continue Reading

The Golden Girls is one of the most unique sitcoms in television history. Airing on NBC beginning on September 14, 1985, the show starred comedy icons Betty White and Bea Arthur along with Rue McClanahan and Estelle Getty. They played Rose Nylund, Dorothy Zbornak, Blanche Devereaux and Sophia Petrillo (Dorothy’s mother), respectively. The show centers around these four older women as they all live together in, where else, Miami, Florida.  Continue Reading

Gilligan’s Island is a legendary TV show that had a shorter run than people think (three seasons) on network television. The show, which almost all critics hated, received a cult following during its short run in primetime and syndication. The show follows the adventures of the doomed passengers aboard the S.S. Minnow. The passengers…  Continue Reading

There are many things to consider when applying for Medicaid and the process can be very confusing. It’s also important to start planning for Medicaid before you actually need to apply. Below are some frequently asked questions we hear from individuals regarding Medicaid planning and eligibility. Continue Reading

The Wonder Years made its TV debut on January 31, 1989 on ABC immediately following Super Bowl XXII. The show revolves around Kevin Arnold from ages 12 to 17 and his trials and tribulations during the late sixties and early seventies. The show doesn’t actually disclose its location but it’s believed to be Huntington, Long Island, where one of the writers…  Continue Reading

Diff’rent Stokes made its debut on NBC on November 3, 1978 and later switched to ABC. The show was about two young boys from Harlem, Arnold (Gary Coleman) and Willis (Todd Bridges) who were adopted by their deceased mother’s boss, Phillip Drummond, who had his own daughter, Kimberly. Helping out in the house was the ever-present…  Continue Reading

What Are the Main Reasons People Create Trusts?

People create trusts for various reasons. The main reasons are to: avoid probate; or pay less in federal and/or state estate taxes. This article will discuss the uses of trusts in estate planning and whether they are right for you.  Continue Reading

If you don’t have children, you may think it is not that important to engage in estate planning. In fact, it may be more important. There are hidden concerns for couples without children. In many scenarios, your assets may pass to an individual or individuals you would never want to receive them. A typical example of a married or unmarried couple without children…  Continue Reading

Full House made its debut on ABC on September 22, 1987 lasting 192 episodes and living immortally in syndication. It was a key part of ABC’s TGIF TV programming. The plot revolves around Danny Tanner (Bob Saget) and his three daughters who raises with the help of Uncle Jesse (John Stamos) and Uncle Joey (not a real uncle) after the death of his wife…  Continue Reading 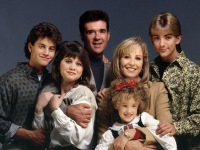 Growing Pains made its TV debut on ABC on September 24, 1985 and centered around the Seavers, an upper/middle class family living in Long Island. Alan Thicke played Dr. Jason Seaver, a psychiatrist who worked out of the house and raised the Seaver kids while Maggie Malone Seaver, a TV reporter, had recently returned to work…  Continue Reading

TV Lessons in Estate Planning: All in the Family

All in the Family made its TV debut on CBS on January 12, 1971. It forever changed what the “line” was for television at the time, much like more modern shows such as NYPD Blue and The Sopranos. The show focused on the Bunkers (Archie and Edith) and their daughter, Gloria, who married Michael “Meathead” Stivic. The show broke ground for its insights into…  Continue Reading

Falling into Autumn: A Season of Harvest & Reflection

Today marks the first day of Autumn. Traditionally, winter is a period of rest and renewal, spring is filled with promise, summer is the time for growth, and autumn is the season of harvest and reflection. After spending the year planning, planting and cultivating your crops, autumn is when you finally get to reap the rewards of your work and begin planning for the…  Continue Reading

The Herzog Law Firm is a proud sponsor of Senior Citizens’ Law Day on Saturday, October 24, 2015. Held at Albany Law School, it is a free event for seniors and their caregivers. We hope to see you there! Continue Reading

There is a perception that estate litigation occurs only where there are multi-million dollar estates, 2nd or 3rd spouses, children from prior marriages, or opportunistic care givers.  While, yes, there are many estate litigation cases that result from lots of money, lots of wives and lots of last minute estate plan changes, estate litigations need only an emotional spark and a perceived … Continue Reading 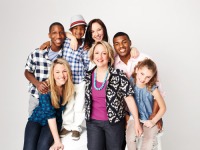 With the different variations of families in today’s modern world, complications can arise as to who has the legal right to inherit assets. In some cases, an adult child will come to a lawyer’s office after a parent has died to discuss the distribution of the estate — only to find out that he or she is not entitled to anything. Continue Reading

Using trusts as an estate planning tool is often done to achieve tax savings. By setting up certain types of trusts, a high-net-worth individual can avoid exposure to estate taxes levied by the federal and state governments. While this is an important consideration if your estate is likely to be liable for death taxes, there are many other reasons to create a trust. Continue Reading

Thank you to all of the grandparents who have shaped our lives.  Continue Reading

Welcome to the Herzog Herald!