The Social Security Administration just announced that the 2017 cost of living adjustment (COLA) will be 0.3%, resulting in an average increase of just $5.00 per month for retirees.  While small, this is better than 2016, when retirees saw no COLA increase to their Social Security checks.  However, even this modest increase may by offset by an increase in the Medicare Part B premium for 2017, although these figures have not yet been released.  Currently the monthly Medicare Part B premium is $121.80, and some experts have predicted a 20% increase in this premium in 2017, which would be more than the $5.00 increase in Social Security benefits. 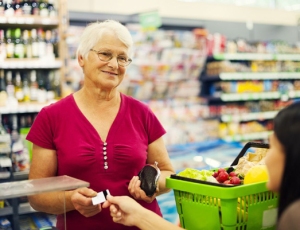 Why is the COLA so low for retirees?  Some experts have suggested that the index used for the cost of living adjustment is geared for younger people, and not for retirees.  According to The Senior Citizens League, the COLA is based on the Consumer Price Index for Urban Wage Earners and Clerical Workers (CPI-W), which doesn’t include the spending patterns of people age 62 and older.  A more appropriate measure would be the Consumer Price Index for Elderly Consumers (CPI-E), which takes into account the fact that seniors spend a greater portion of their income on housing and healthcare. However the CPI-E is an experimental index and legislation would have to be passed before it could be used to calculate Social Security increases.

In the meantime, what can seniors do to stretch their monthly income?  One thing seniors can do is to compare costs for Medicare Supplement plans and prescription plans, during open enrollment season which lasts through December 7, 2016.  You can compare costs yourself online at medicare.gov, or obtain help through your local Department of Aging office.