by Brittiny B. Razzano Originally published in the Saratoga Business Journal. Excuse Number 1: Too Busy  As a successful business owner, you may have your hand in the day-to-day operations and management of your business.  It seems like there is never enough time to sit down and formulate a plan for your business when you […]
Read More »

by David A. Kubikian Season 2, Episode 3 Background: Beverly Hills, 90210 made its television debut on October 4, 1990 on Fox and had an initial run of 10 years. The teenage soap opera revolved around a group of friends attending the posh West Beverly Hills High School and then followed them through the trials […]
Read More » 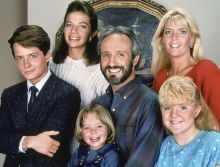 by David A. Kubikian Season 2, Episode 2 Background: Family Ties is a sitcom that first aired on NBC on September 22, 1982. The series, which ended in 1989, revolves around the Keaton family living in Columbus, Ohio in basically real time (during the Reagan Administration). The Family Tree: Steven and Elyse are parents to […]
Read More »

by David A. Kubikian Season 2, Episode 1 Background: Family Guy is an animated sitcom that first aired on Fox on January 21, 1999. The series, which was cancelled in 2003 only to be revived a few years later, revolves around the Griffin family in the fictitious New England town of Quahog, a suburb of […]
Read More »