by David A. Kubikian Season 1, Episode 6 Background: Gilligan’s Island is a legendary TV show that had a shorter run than people think (three seasons) on network television. The show, which almost all critics hated, received a cult following during its short run in primetime and syndication. The show follows the adventures of the […]
Read More » 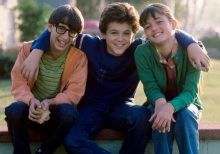 by David A. Kubikian Season 1, Episode 5 Background: The Wonder Years made its TV debut on January 31, 1989 on ABC immediately following Super Bowl XXII. The show revolves around Kevin Arnold from ages 12 to 17 and his trials and tribulations during the late sixties and early seventies. The show doesn’t actually disclose […]
Read More »